After many years lying dormant, 3 Rivers Developments Ltd is proud to be starting work on this brownfield site at the rear of the town hall, with a national award winning design.

Within the Tiverton town centre conservation area, the site forms the setting to several listed buildings, notably the Grade I listed church of St George and the Grade ll listed town hall itself. The scheme of 39 flats and houses, which was designed by London architects, Mikhail Riches following a design competition, received planning approval in December last year.

In designing the scheme the architects undertook a great deal of contextual analysis to inform their award winning design. The long burgage plots of the town were identified as defining characteristics of the conservation area. The narrow alleyways and glimpsed views to the wider landscape are incorporated into the design as they were considered important attributes of the conservation area. The design also draws on the steep topography of the site with a series of buildings stepping up the hill site, set against the backdrop of the existing townscape. 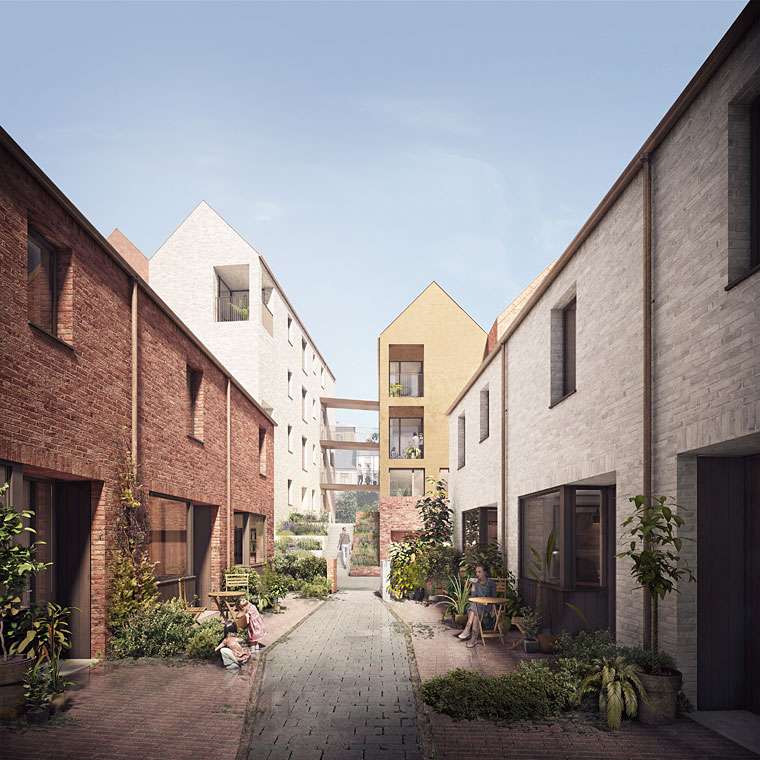 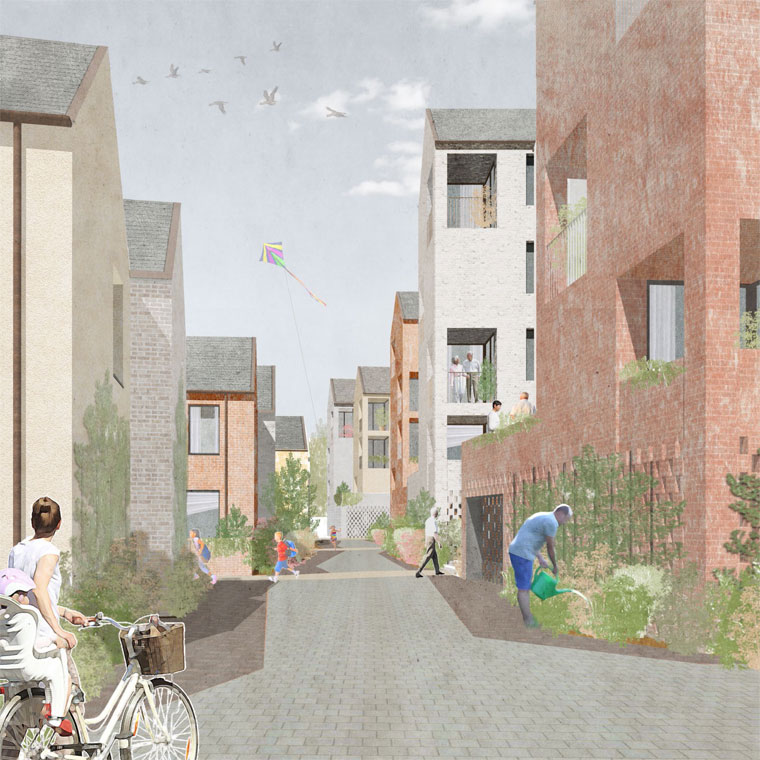 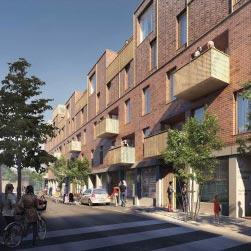 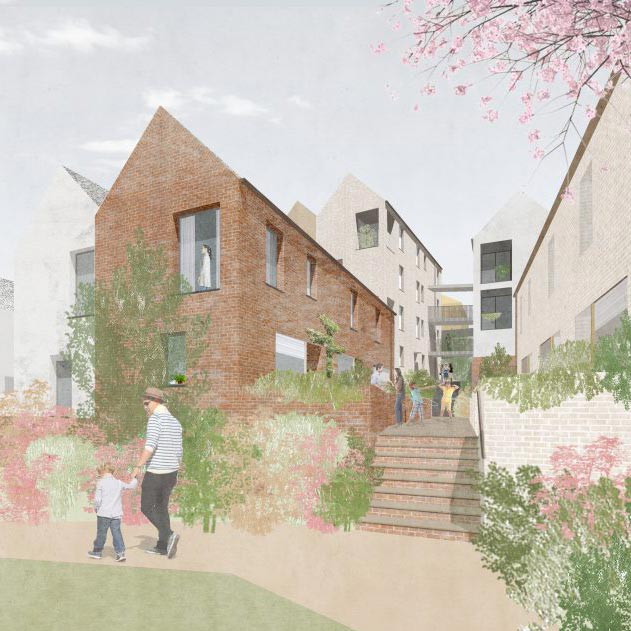 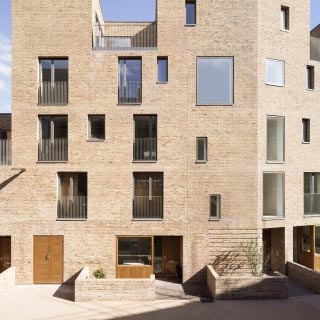 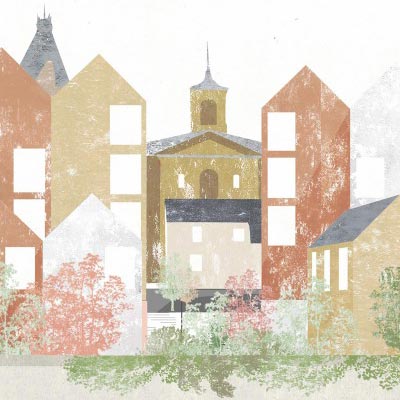 The existing kinetic views of St George’s church and the town hall will be lost from the river walk, however the scheme design compensates for this through the disposition of the proposed buildings to set up a series of more framed views.

Pitched roofs break the building volumes, reducing vertical massing and are designed to pick out the local character. The mass and volume of the elevations are also reduced by pairing a mix of bricks and render influenced by the local context and blending the new buildings into the surroundings.

In order to negate the need to use renewables such as solar panels, which would have had a visual impact within the conservation area, the scheme has been designed on a ‘fabric first’ approach. This approach to building design involves maximising the performance of the components and materials that make up the building fabric itself, before considering use of mechanical and electrical building services.

In terms of construction, the development will be undertaken under the Considerate Constructors Scheme. The Code of Considerate Practice, as well as seeking to improve the image of the construction industry, sets out the best practice for informing, respecting and showing courtesy to those local residents affected by the work.

The existing privately owned garages adjacent to the site will be retained and do not form part of the development proposals.

As the respected awards ceremony turns 70, Ike Ijeh looks at this year’s winners and concludes that, when it comes to innovative new schemes, councils are leading the way!

This arguably offers the most romantic and picturesque urban prospect of all the finalists. For years this scheme had proved difficult to develop, with planners balking at previous proposals they felt presented too much of a barrier to the river. This scheme solves the problem by celebrating the site’s superb location on the banks of the River Exe as an opportunity rather than a constraint.

A series of pitched roof blocks clustered along the river’s banks create a jumbled roofscape that is almost medieval in nature. By burrowing a dense network of public routes and spaces between the blocks – again a medievally inspired response – the crucial issue of maintaining access to the river is also resolved.

To find our more, about the Housing Design Award,  please visit their website using the link below.

2) Housing Design Awards are promoted by a partnership of government departments and agencies, supported by the GLA and Homes England and all five of the industry’s leading professional institutes – RICS, RTPI, RIBA, CIAT and the Landscape Institute. These organisations supply one or more judge so that the panel is representing the whole industry. This makes the Housing Design Awards, by any measure, the most comprehensively and fairly assessed programme in the country.